SSD 101: How HDD vs SSD Reliability

SSD (Solid Sate Drive) become more popular and getting cheaper per Gigabyte, yet, SSD still expansive for large cloud company, if SSD getting same price as HDD, sure everyone opt-in SSD instead!

“SSDs generally will last as long as you need them to,” Backblaze says.

SSD are very reliable than Hard Disk Drive, many companies tries to improve it’s longevity, and better access time speed. Most manufacture issue at least 3 years warranty at minimum, while large capacity SSD (250GB+) give 5 years warranty and Premium-Enterprise grade give 10 years warranty. Now everyone can effort an SSD as part their system upgrade. Most people use SSD for Windows (Operating System) and Software like Adobe After Effects for faster loading and make computer more responsive.

I still remember my first SSD back year 2012, the first SSD I purchase was Kingston SVP200, a 60GB SSD, right after installing fresh Windows 7, everyone want to run Windows System Assessment Tool (WinSAT) to see how scores play out, most of the time, every computer will stuck at 5.9 score, which is score for Primary Storage (where Windows installed), with SSD, I can achieve score as 7.9 at maximum! Everyone impress!

After 7 years of use, my Kingston SSD health at 92%, with 11000GB (11TB) of total write and still alive, my friend laptop have dead HDD after 5 years of use. There are more info that you need to know which SSD are right for you, take it SSD is an long time investment!

If you go shopping around, you will notice some SSD have long warranty some are 3 years at best, this is because how many Flash Memory on that particular SSD. To put in term simple math: More NAND Flash Memory = More Size = More Reliable = Longevity!

Inside an SATA 2.5-inch SSD

There many type of SSD, first is specification of NAND Flash, Controller, Protocol and Cache.

SLC is the fastest until QLC is the slowest which is require DRAM Cache to help.

NAND is driven from logic gate NOT AND

Some manufacture put Cache (Kash) because cheap to produce, this Cache typically help to improve responsiveness of NAND Flash, they are made of DRAM, just like your system RAM. Usually this Cache indicate that SSD has slow than usual NAND Flash, faster than Pendrive. This can be found lot in Cheap SATA 2.5″ SSD, this is because SATA Gen 3 top speed around 6Gbps (~550MB/s), so, putting fast NAND Flash is useless in this port.

SSD can come many size, from Standard 2.5″, mSATA, M.2 and PCI Express. Meanwhile M.2 have many height, standard height is M.2 2280, many modern Desktop motherboard give variable height. If you plan to upgrade your laptop by using M.2, watch out! Check which height your laptop support, also which Protocol laptop support!

This is most important to understand, protocol is how SSD is communicate with rest of the system. Most common protocol is:

Most premium laptop and desktop have this option, usually manufacture configure in RAID-0 setup, for maximum performance, with HDD as user data and games.

RAID can be any type of Form Factor and Ports!

NVMe is connected via PCI Express, this give SSD more speed than traditional SATA (AHCI). NVMe SSD can be found as M.2 Form Factor and PCI Express x4 Card. Also you can connect NVMe M.2 SSD to PCI Express via an adapter for add-on storage.

In SSD world, NVMe always win for everything, if you system do support NVMe SSD, spend a bit for large capacity NVMe SSD, this give you true longevity. NVMe give much more responsive and faster loading, thanks to enormous Command Queue and Queue Depth, having that many your system wont prone to lagging (Faster Virtual RAM “pagefile”)

In Hard Disk world, you can detect and hear “click of death”, easily to tell the Hard Disk is dead, how about SSD? SSD wont make any noise if going to failing… How?

There are many ways to detect failing SSD, the most noticeable is SSD getting slow. If you install Windows in it, Windows getting weirder and random hang… bluescreen. Before SSD going to dead eternally, the controller will make dead SSD as Read Only, at this time, controller allow user to backup important data for certain mount of time, then SSD went kaput~

Don’t be skeptical, SSD is very durable, most importantly SSD is live longer than your Hard Drive.

SSD Upgrade is recommended! It give overall high performance. Back on the day, most people will reply “Add more RAM” if want faster system, not anymore! Want a faster loading time? Get an SSD! Remember, SSD also help make “pagefile” (Virtual RAM) faster, assist your system having limited size of RAM! 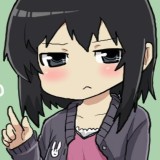